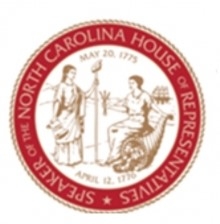 In North Carolina we’ve called ourselves “the most Military friendly state in the country” for quite some time. While it’s true that we’ve done a lot in the past 10 years to make North Carolina more military friendly, the one policy we didn’t have was to exclude Federal Military Retirement Pay from State Income Tax.

HB83 Eliminate Income Tax for Military Retirees was filed early this year. When filed by Representatives John Szoka, John Bradford, John Bell and Diane Wheatley, HB83 had strong bipartisan support in the House with a total of 59 bill sponsors and co-sponsors. On June 16, the House overwhelmingly passed the bill 100-5, in another major show of bipartisan support. Today, members of the Conference Committee on SB105, the state budget, signed the Conference Report which includes the text of HB83.

The timeliness of this action this close to Veterans Day is appropriate. Remember the words of our Declaration of Independence:

“We hold these truths to be self-evident, that all men are created equal, that they are endowed by their Creator with certain unalienable Rights, that among these are Life, Liberty and the pursuit of Happiness.”

What has kept these truths alive from the founding of our country until now is the Armed Forces of the United States. Soldiers, Sailors, Marines, Airmen, and the Coast Guard who freely volunteered to defend our country and our way of life in both peacetime and wartime. They, their spouses, and family have sacrificed immeasurably over their careers. Including HB83 in the budget is a fitting recognition of those sacrifices and the value that we place in military retirees.

When this budget becomes law, then we can truly say that North Carolina is the most military friendly state in the country.